We must have faced the huge dilemma of having to choose between IP cameras and traditional HD analogue CCTV systems. Many a times, not understanding what each represented, clients would make uninformed decisions about which to use in a house or corporate setting.

We will seek to first explain how does the HD analogue system works before doing another part on IP camera system.

As all IP cameras require a CAT5e or CAT6 cable to transmit signal, existing home owners with cables wired within the house will have problems when they would want to convert to High Definition clarity of the IP camera.

Picture: a sample of an old analogue CCTV system

Transmitting a coaxial signal with high definition clarity via the RG59 cable will allow home owners to convert to High Definition clarity without having to change the cables they previously used for analogue CCTV system saving home owners potentially huge amounts of money.

Picture: a sample of a HD720P camera system within the same locality.

HD analogue systems do not occupy an IP address so there is very little settings that needs to be done when you choose to replace or relocate the camera system.

HD analogue systems do give decent clarity as compared to the analogue predecessor. At HD720P, the viewing distance under good lighting can be up to 15 metres giving you a resolution of 0.92 megapixel. HD1080P cameras are able to offer clear views of up to 2.07 megapixels.

So with all these said, what are the downsides of having a HD analogue CCTV?

So the next article we will be touching on IP camera systems. 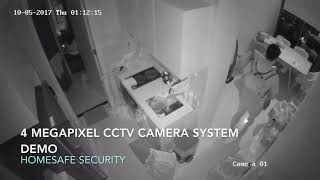 5 Megapixels of clarity - what does it mean?

Receiving notifications when motion is detected

Best budget home CCTV systems for applications within your house: which solution to choose.

Resetting the Hik Connect password for your home CCTV system

All you need to know about HIK-connect software 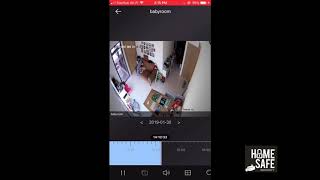 How to use our home CCTV system

How to create local access for your Home CCTV Camera System

How to install Teamviewer on your computer